Millville is basically rolling in it.

Millville Town Council approved a $1.18 million budget for Fiscal Year 2020. Nearly half a million of that can go straight into a piggy bank.

For residents, nothing has changed in the Fee & Fine Schedule. Property tax remains 50 cents per $100 of assessed value. Gross rental receipt taxes are 2 percent. Real estate transfer tax is 1.5 percent.

“No fees have to be increased for the budget, and no taxes were raised, which we’re very proud of — this year,” said Town Manager Debbie Botchie at the April 23 council workshop.

They simply added some language to remind people of existing finable offenses.

“We wanted people to make sure they were aware they could get fined for property maintenance, re-inspection fees and bandit signs, which are coming in a lot,” Botchie said.

Councilmember Steve Maneri wanted to see more impact fees for new development. All the building and rapid growth will strain the roads and likely result in Millville’s future police force.

“We would put it into some kind of reserve … and just use it for a police study or whatever else we need it for,” Maneri said.

“Because we know what’s (maybe) coming down for Millville,” Botchie said, “there are studies that we’re going to need to do, and maybe the onus should be put on the developer for these inputs because all this building is going impact us.”

Right now, Millville only charges a $500 impact fee for residential and commercial building construction, all of which is designated for grants to Millville Volunteer Fire Company to purchase capital items (not for salaries).

Botchie will research some appropriate fees and report back at a future meeting. After all, the Town will have to justify the price it chooses.

Town Council can amend the Fee & Fine Schedule at anytime, by majority vote and without public hearing.

Millville’s fiscal year begins on May 1. Revenue is expected to be $1,179,480, which is 31 percent higher than last year’s budgeted $898,423. Botchie said these numbers are still conservative, so Millville could potentially make more.

With only a few months left in FY2019, Millville’s has only spent a little over a half-million dollars. Their actual income this year has already hit $1.16 million.

The biggest expense is $365,000 for staff payroll and a council honorarium, plus related fees, taxes and town-matched IRAs, for roughly another 51,000.

They earmarked $2.46 million to continue building the Dukes Road Park. They also approved another $33,378 for 21 new holiday decorations, including installation, storage and electric hookup.

This summer, they will increase police presence to 36 hours per week, through Oct. 1, agreeing that it gives residents peace of mind. Millville does not have its own police force, although they envision one coming. Instead, they hire Delaware State Police for patrol.

Police costs increased to $126,426, which will be offset by Sussex County’s $12,500 grant for public safety (towns with their own police departments get double that amount).

Conservatively, they only budgeted income from 90 homes, but in reality, about 1,000 are approved for the next five years, said Mayor Robert “Bob” Gordon.

Income from building permits will be $315,000, with an anticipated 60 permits from Bishop’s Landing and 30 permits from Millville by the Sea’s Sea Star Village.

Property taxes will be about $506,000, ever increasing because of the new development. Gross rental receipts tax might again come in higher than the anticipated $85,000. Subdivision fees were low this year, but with Peninsula Village (117 lots) and Southern Landing (18 lots) coming forward, subdivision fees are expected to surpass $47,000.

Last year’s building permit plan review totals were double what was budgeted, so they budgeted a more realistic $63,000.

In other news, the meeting had began with a one-hour executive session to discuss personnel matters. Afterward, they voted unanimously to proceed with an action that they had discussed in private. Council would not speak to the contents of the decision.

Town council also approved the town’s organizational chart, showing town staff, council, boards and commissions. The Board of Adjustment still has one vacancy.

Millville Town Council’s next regular meeting will be May 14 at 7 p.m. 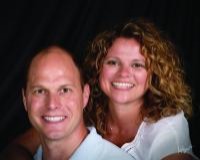 In just a few seconds, you will be searching just like a Realtor®

Founded in 2012, 1st Choice Properties is the most innovative, creative and forward-thinking real estate company in Sussex County, DE. At the core of our business philosophy is a commitment to extraordinary service, honesty, marketing superiority and clear communication.

In brief, we are NOT your “average” real estate company. You’ll feel the difference the moment you walk into our office, speak with us on the phone, or meet us in person. Our experienced broker, twelve licensed agents, and full-time support staff are friendly, knowledgeable, and extremely hard-working. We combine the best in good old-fashioned customer service with the latest and greatest in technology and web-based marketing.

"Trevor Clark is the consummate professional. He was extremely organized and prepared to answer all of our questions about each property he showed us. He went above and beyond all expectations to ensure that we were happy and helped us find our dream home. I would recommend Trevor to everyone who is looking to have a great experience within the housing market. No matter what your parameters are, I have no doubt that Trevor Clark can find the perfect house for you, as he did for us."

This is a list of your favorite properties. We will email you if a property is reduced or leaves the market.

This message will go directly to the head of our team.